By nature I am a very out going person. I will talk to most anyone and can strike up a conversation with just about any random person. When I told the hubs that I was going to be taking on this project this year he was a little leery as to what kind of people I would be talking to. Of course there are many nut jobs out there of whom I will do my utmost best to avoid and of course I will always do my best to be smart about this project and the people I talk to.

I must say as I headed out on Sunday to run an errand with camera in hand, I was just a teensy bit nervous. I talk to people, sure, but I usually don't nose into their personal life or even ask to take their picture for that matter.

After meeting my first 'stranger', I decided that the best way to do this would be to have already struck up a conversation with them and then tell them about my project instead of just walking up to random strangers and asking them for their story and if I can take their picture. Not knowing at all how people will respond to the whole idea, I was so relieved to meet my first 'stranger', Esther.

I met Esther while shopping at Kohls with my aunt. Esther was trying to reach a swim suit located way up on the wall. There hanging on the wall was one of those pole-doo-hickey things that store clerks use to get stuff down from up high. Of course there is a sign right there that says to ask a store clerk for help but I encouraged Esther just to do it herself because being the "dare-devil" that I am, I do it all the time.

So...why, you ask was Esther shopping for a swimsuit in January? I am glad you asked because it links in to a big chunk of Esther's story.

When I asked her what her name was she said, "Esther Williams *chuckle* Yes, that's my real name." She and my aunt started chuckling and I just looked at them a little perplexed. Apparently I am too young to know that Esther Williams is famous. Never heard of her. :)

Anyway, Esther is a 3rd generation San Diegan. I must say I was hoping for her to tell me she was from some cool far off distant land, but ah well. We San Diegans are pretty cool people. Interestingly enough though she told me that her brother did a DNA search tracing their family history all the way back to Israel! Wow! How cool to have family tracing back to the Promise Land.

Esther has been married for 8 years and has 1 son from her previous marriage who is now in 8th grade. Wonderfully, he has the same name that I have always hoped to name my future son some day. Yes, we were meant to meet!

She is a middle school teacher, but get this...she travels! Alot! She's been to places such as Europe and Africa and pretty soon she and her best friend are headed off to Costa Rica for a full blown adventure including water fall repelling and all kinds of cool activities. 10 full days of pure adrenalin-pumping fun...hence the shopping for the swimsuit. To stay in shape for all this traveling she does she engulfs herself in all things fitness including kick boxing, running half marathons, working out, target shooting, etc. This is my kinda girl. One thing I really took away from our conversation is that even though I have a kid, the fun doesn't end. I can still be adventurous. She said that her son and husband accompany her on most of her trips. To add icing to the cake, she is also an amateur photographer. Traveling the world is definitely a photographer's dream and Esther is living that dream to the fullest. 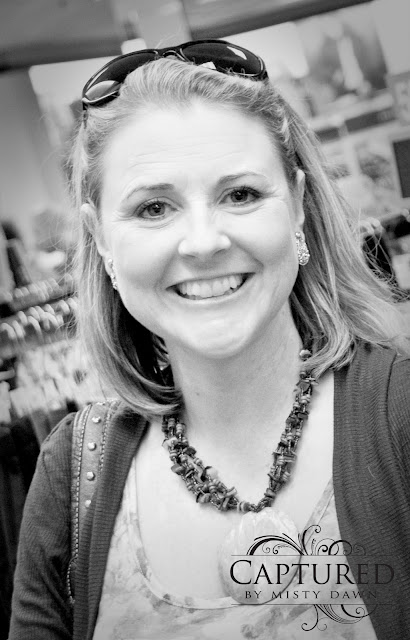 Love! You are so bold. And I like that you were perplexed over the Esther Williams thing. LOL

My plan is to do something similar but with elderly people. I love old people, they're a riot.

I don't think I could be that brave to strike up a conversation with complete strangers this way.

This is a totally awesome project you are undertaking. Would take me soooooooo far out of my comfort zone, my family would never find me :)

wow! That is such a fun project! I love it!

I know I shared this with you already - but I love when I "meet" people. It seems most of the time they find me and share with me some of the most interesting stories. I enjoyed over this last year sharing some of these and hope to do more of it. I find all of our connections fascinating - will be fun to see where this goes! Thanks for sharing

Such fun! What a great shot as well! Sounds like she leads quite the interesting life.

Thanks for asking me to be part of this project. It's a fun way of meeting new people=))))
Esther Williams

What a cool project! You are a lot braver than me ;-) Thanks for sharing Esther's story.

Oh, Misty, you have stolen my project. This was the direction I wanted to go last year, but as you know, I was unsuccessful. It's so hard to get out of my comfort zone. Yikes! I've been thinking again about using your "Focus on the Savior" because it's easier for me to talk to those Godly folks that surround me. If you wouldn't mind, I'd certainly like to use your idea (and give you full credit). Thank you so much for being an inspiration this year. It was fun to watch your incredible growth. You're a fantastic photographer and I look forward to continuing too follow your work. God bless.

I love this idea! Not sure I will ever have the courage to do such a thing but i'm def. inspired =) I look forward to seeing who you will meet throughout the year.

wow misty. you and esther both are amazing. i'd like to learn more about your new project, although i gathered the gist from this post.

thanks for sharing esther's story and photo!

I am just now getting around to reading posts I was behind on. This is a very cool idea. I can't wait to read more.

This is awesome! I can't wait to meet more people. :)

Loved this!! Looking forward to more.

I'm really hoping to get out more this year and meet more than the three strangers I met last year. I am really excited about your continued 'conversations'. :)

Beautiful capture, love the story as well... You're very brave, I wish I could do something like this... Maybe, just maybe this will have encouraged me to do so! Can't wait to see further "Captured by Misty" posts:)

I have a logistical question: Did she have to sign anything for you to post her picture online? I've often wondered how I would go about doing that because if a stranger came up to me and wanted me to sign a "model release form" for example, I would be nervous. Thanks for this post, by the way!