Sunday: Focus on the Savior (with Cynthia Forry)

I'm so excited to introduce you to my sweet wonderful friend, Cindy from down_on the farm. Cindy and I met over on a blog site called Xanga and have formed such an incredible friendship. I'm so happy for you to read her post today all about the grace of God. 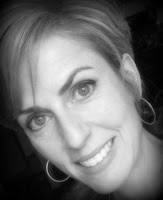 hi. i'm cindy.
wife to The Farmer, mom to our four precious kids,
ages ranging from kindergarten to high school.
and still. doggoneit. making up how to do this thing called life as i go.

He is a kindly gentleman. not someone that I've known very long
But he is becoming a friend of our family
and I'm sure that we'll be spending more time with him again soon in the future.

He's mid-sixtys but not fragile.
Tall, well over 6 feet. His hair is completely white and rather wispy on top.
Sometimes kinda Albert Einstein-like, depending on whether or not his day included a hat.
He's usually wearing a sport coat and is seldom without converse all-stars on his feet.
A quirky combination that I find appealing. and it fits him.
He likes to talk and does.
About pretty much everything.
He enjoys story telling and creating opportunities to laugh. even at himself.
His background of growing up in Atlantic City with his movie theater running family and working on the boardwalk
aren't anything that my rural mennonite roots can relate to. but how fascinating.

Anyway. When we crossed paths last week,
he started telling me about when he was young, or young-er. ;) in his early twenties and dating a girl.
The Girl. the one who was love at first sight, he said.
He was so smitten that as he sat in the college math classes that he enjoyed,
{yeah. math is his thing. i cannot relate to that either.}he couldn't think at all. except about her.

Now, I really do enjoy learning about the childhood and younger years of others.
Like a clock spring being wound, so to speak. what has influenced and is a part of who they are, or aren't, today.
what makes 'em tick. or tick tock. or what has contributed to some of us popping out with an occasional cuckoo! cuckoo! on the hour. ;)

But honestly? I was starting to feel uncomfortable. unsettled.
Like an invited passerby to someone else's emotional past that rippled to affect the present.

I noticed contradictions. I tried not to. really I did.
I wondered if he could hear them.
and then realized that I probably don't with my own...either.
But, ahem.cough.sputter.  I would have really good reasons for mine, right?
I heard him try to convince himself.
someone.
anyone.
me.
that his baby was the most wanted ever on the planet.
But. abortion had definitely been considered an option. something suggested by his girlfriend he said. to which he agreed. then no. disagreed. only later retracting all those words and claiming that actually he was the one who first verbalized abortion as the way out.

So I felt confused. I heard him coping with his emotions that included saying what he wanted to hear, how he wanted it be. which left me wondering at times how it really was. or wasn't.

I heard him talk about the open honest relationships that he values in his life...
and yet insist on noble sounding reasons for keeping his child a secret for as long as he could from most of those closest to him.

I heard him emphatically confess his own immaturity and selfishness. his lack of understanding of how traumatized his girlfriend was. I heard embarrassment and shame over what he communicated as failures. how terribly they fought. how they argued. how they were going to get married. then not. then they were again. and then how it finally came to her saying let's not see each other at all anymore.

I heard how it was decided by the middle trimester that their baby would be put up for adoption.

And I wondered...what that baby sensed...
like the millions and millions of others
that grow under a lonely mother's broken heart.
a person and place that only The Great I Am can hold, comfort and love on.

and i thought about that for a long time.

I felt his eyes pleading for me not to judge. two desperate people feeling cornered and uncared for. I heard pain when he said that he saw his child only one time at twelve days old. I sensed his unspoken apologies. Later that baby, at about four weeks of age, was placed with an adoption agency.

And then he stopped reminiscing. he really didn't venture beyond that.
Except to emphasize how loved that child always was and will be.
Like I said, I can't stop thinking about this story.
How Grace has a Face...it's a divine gift
that sometimes can only be recognized through the lens of the present
as you look in the rearview mirror
and see Him...
afterall.

It was deeply touching. truly.
And stories that include people I've met can be especially near and dear.

I feel today, as I remember what was shared,
verses well up in my heart
for all of the people in the story.

"The Lord bless you
and keep you;
the Lord make his face shine upon you
and be gracious to you;
the Lord turn his face toward you
and give you peace."
Numbers 6:24-26

The baby in the story is all grown up now.
And I happen to know her quite well.

you know her here...

and I've experienced it from the very beginning.
Posted by Misty

Brought tears to my eyes! Thanks for sharing! Great post for today!

Wonderful story and such a testimony to God's grace.

Thank you for this.

That was beautiful!I can see how much God's love has changed you to be able to write in this way.=)

Wow Cinthy,,,,,I'm just,,,,,speechless. Thank you for sharing His Grace. You are so precious!

i am grateful misty, for your precious gift of friendship...and for each kind comment here that felt like you all joining me in saying thank you Jesus.